Telstra has unveiled it’s new ‘Customer Insight Centre’ (or CIC), with the 3600 square metre facility taking up the entirety of the second floor at Telstra’s 400 George St flagship offices. The CIC provides Telstra’s enterprise and business customers with access to not just an incredibly modern event space, but also access to leading edge technologies and equipment. The centre consists of several different rooms, or zones, each focusing on it’s own element along a journey.

Each customer brought to the CIC has their own tailored, personalised experience. Working with Telstra two weeks prior to the visit, customers discuss their business practices, needs, and pain points allowing their visit to be as productive as it can be.
The CIC is about ‘more than a PowerPoint’ deck, providing real tools and Telstra’s insight to allow customers to be as productive as possible in an interactive, hands-on way.

Starting in reception, the customer is given an iPad upon visiting, which is used to control each zone, but also ‘collect’ any additional resources along the way.
The ‘Insight Ring’, which is not only the first full introvert 360 degree video ring in the world – but also the the only LED panel of its kind that flexes 30 degrees, provides insights (!) that Telstra has obtained from it’s own knowledge of markets, customers and industries. 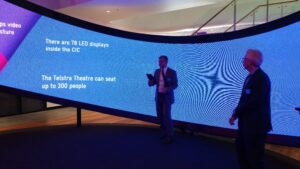 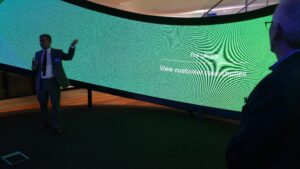 When the iPad is brought towards the ring, the generic rotating display of recent tweets, photos and news articles is replaced with the personalised insights, as well as an agenda.

Customers then start to move between the different zones, starting with the Vision Gallery, where the latest technologies are being showcased, such as wearables, as well as a 3D printer. You’ll also meet Jed, who talks to how twin down in Melbourne too.

This is Jed. He’s here to welcome you at Telstra’s new Customer Insight Centre in Sydney. pic.twitter.com/XXlBooM6yK 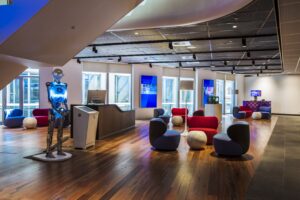 From there, the Library contains a plethora of case studies from Telstra and their customers, with more to come.
At any point along the ‘journey’, customers can save additional content to their iPad to review later, including case studies as an example. 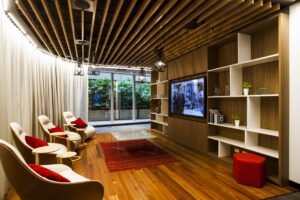 Listening to feedback from previous customers from the old CIC setup, there are new new ‘pop up’ Expo zones, which can quickly be put together to see how ‘real’ technology could help work in a physical mock environment. Possible scenarios could include a retail store, hospital ward, or school – just to name a few. 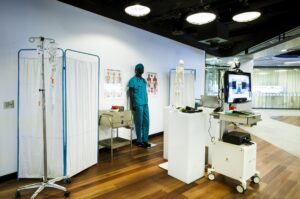 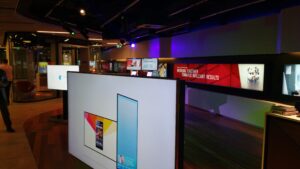 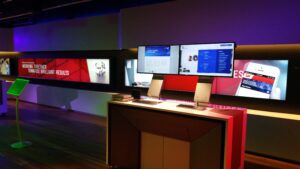 There’s a 4K studio (known as ‘Studio T’) available for use, with support for broadcasting live straight from the studio. 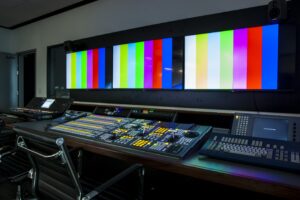 Partners aren’t left out, with the ability to work with Telstra and customers directly to find the right solution. This allows for deeper diving into problems to find better solutions from the product experts themselves, and could involve two or more coming in to work together. 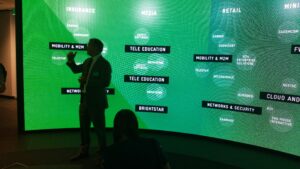 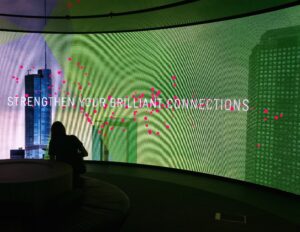 Moving on, The Forum is a smaller space set up with room for a projection screen, as well as a podium. It just happens to be opposite the Apple Store too. 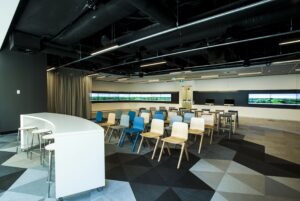 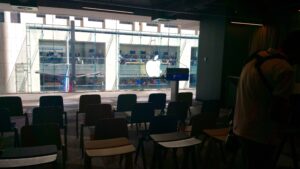 The last area is much more consumer focused, and it’s called the ‘Connected Home’. Here is where technology and services that affect primarily the customer in the home can be demonstrated, including things like FOXTEL, Streaming Video on Demand, Online Gaming, and other ‘Internet of Things’ things (e.g., lighting or security systems) 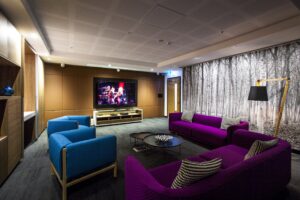 The last two CIC areas are more contained, with the ability to be used exclusively as is, or as part of a broader CIC visit.

There’s a restaurant, dubbed ‘The Exchange’, with a style inspired by the old Telecom days. There’s plenty of equipment dragged out of the old museum, as well as seats inspired by those used back when people had to patch you through at the telephone exchange! 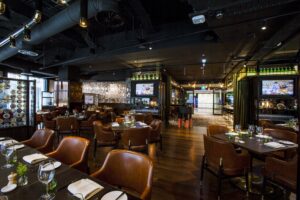 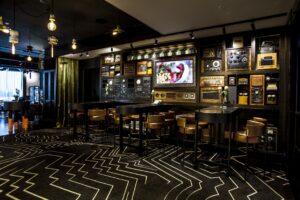 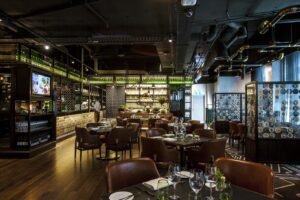 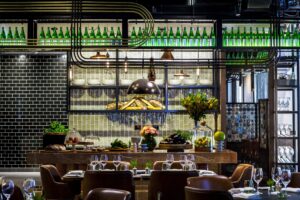 The Head Chef of The Exchange is Lauren Murdoch, who holds 22 years of culinary experience in the Sydney restaurant scene, including Atlas Bistro, Rockpool, the Concourse Restaurant and MG Garage. Her accomplishments include opening Felix Bar and Bistro which received a Good Food Guide “Chef’s Hat” and a place in Australia Magazine’s 50 Hottest Restaurants list

The last part of the CIC, is the 300 seat theatre. 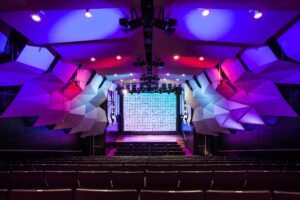 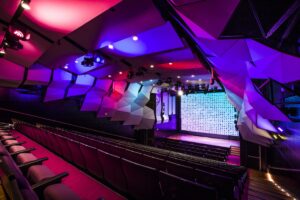 Boasting a 4K screen and standing at 8.5m x 6.2m, it also has an Australian first Meyer Sound Constellation system. The system features ground-breaking technology enabling the acoustical properties to be electronically altered to suit the nature of the event taking place, as well as ‘voice lift’ – the ability to amplify anyone’s voice from one of the seats in the theatre without the requirement for a separate microphone. Altogether, the theatre features a 62.1 surround sound system.

With the Customer Insight Centre occupying such a large space, there’s room for separate areas to be hired individually, such as the meeting rooms, Studio T, and the theatre.
The theatre also has the option for direct access from George Street, negating the need to encounter any other customers using the facility. A suggestion was that Telstra could host their own Thanks sessions in-house.

The CIC is already incredibly busy, with the next available booking space not until later in June. The CIC continues on from the Telstra Discovery Store refurbishment late last year.